Sarband: The Arabian Passion according to J.S Bach 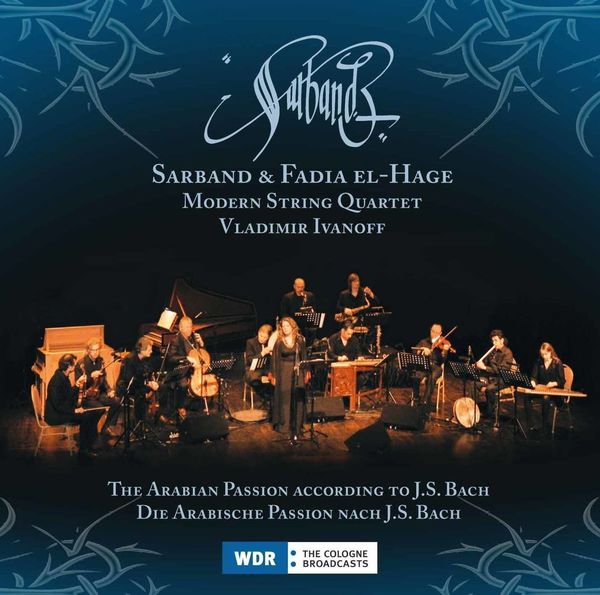 A musical plea for peace. A plea nourished by the confidence which forms the basis of Bach’s passions: that one day all suffering will come to an end.

"The entire CD makes for a full feast of flavors … What this ensemble manages is to make Bach’s music sound like it was composed in 2009, for ears like mine … Fadia El‐Hage, warmly brings Bach to me with tenderness and a loving knowledge that simply singing the notes with passion will bring the truths Bach wants to convey to life for me." eartaste.com, 6-2009

No composer has conveyed the suffering of man, embodied in Jesus Christ, God incarnate, in music in as striking and passionate a manner as Bach in his passions. Sarband confront Bach’s passions with the disastrous present-day situation in Jesus’ native land, the Middle East, but also with the conflicts between the Arabic world and the West, between believers and those who believe differently, between the future-oriented and the tradition-minded. All over the world, regardless of their origins or religions, people are suffering on account of these conflicts.

In his Arabian Passion,Vladimir Ivanoff, musical director of Sarband, compares Jesus’ suffering and that of the colonized Middle East in the time of the New Testament with the current situation.

Bach’s Baroque precision and complexity meet the spontaneity of classical Arab music and Jazz: two traditions which have a lot in common, for example highly sophisticated and structured improvisation techniques, but also two voices which could hardly be more different: that of the traditional Arab world and a new voice that is spreading through the world—the American way of life. Arab musicians, two jazz saxophonists and the Modern String Quartet have joined to reinterpret Bach’s passion music. Western and Middle Eastern musicians find each other in the music of Bach. In a world full of differences and conflicts, this musical cooperation creates an intense and contemplative space for mutual respect and peace. “

The Arabian Passion” is a musical plea for peace. A plea nourished by the confidence which forms the basis of Bach’s passions: that one day all suffering will come to an end.

The Arabian Passion according to J.S. Bach

Translations of the sung texts into Arabic: Jacques Aswad