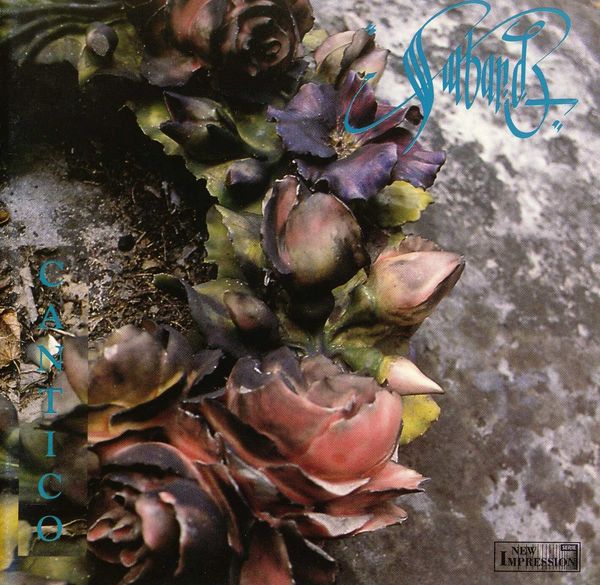 Cantico
Medieval Italian Laude & Sufi Music in the Tradition of St. Francis and Mevlana Rumi.
Order the CD or download: after you place your order, you'll immediately receive a mail with the link for download of the tracks in high mp3 quality, lossless FLAC or CD quality WAV files, with a booklet (lyrics & translations).

CANTICO seeks to demonstrate the influence of Islamic mysticism on the religious music of the Middle Ages and the parallels between Christian and Islamic mysticism: traditional Sufi music is compared and contrasted with the songs of the Italian laudesi (brotherhoods of lay believers) in the 13th century. The SARBAND ensemble, with a core of Turkish and European musicians, perform on a regular basis with other musicians from Turkey, Iran and the Arab countries. In their various projects they explore the Arab influence on Spanish music during the Middle Ages, make evident the virtually ignored contact that existed between Turkish and European music, but above all they are concerned to compare and contrast musical phenomena from the Orient and the Occident, the significance of which goes beyond the purely musical to the comparison of cultures.
The emphasis is placed, not on the historically documented mutual influence of the cultures, or the purely musical reconstruction of historical performance practice, but on the contrast and comparison of parallel forms of musical expression which developed under comparable social-historical and religious-historical conditions both in the Christian and in the Arab cultural worlds.

Mysticism:
Islamic mysticism, Sufism, is rooted in the ascetic and contemplative tendencies of the Prophet Muhammed. Its further development was also significantly influenced by Syrian monasticism, the writings of Dionysius Areopagita, and by Indian mysticism. Just as in Christian or Jewish mysticism, Sufism also expresses itself in a partly speculative form and partly as emotional mysticism suffused with love.
Christianity assimilated mysticism at first in a relativised form from its Hellenistic surroundings. It was not until New Platonistic influences penetrated from the East, with the writings and teachings of Dionysius Areopagita, and those of St. Augustine in the West, that there was any absolute integration.
Christianity distinguishes between three mystic paths to salvation: the via purgativa, illuminativa, unitiva. Sufism similarly distinguishes between saria (the Law), tarîqa (the Mystic Path) and haqiqa (the Truth)^.

Ecstasy:
Ecstasy, or self-transcendence, was and is considered the peak of religious experience, and for this reason mystics of many religions have sought to achieve it through preparation and exercise.
Sufism distinguishes between wagt, sudden ecstasy occurring through the grace of God, and tawâgud, the endeavouring to achieve ecstasy through one's own efforts. This can happen through dance (semâ), for example, as in the case of the Mevlevi Dervishes, through fasting and castigation, the constant repetition of a religious utterance, or through the contemplation of the sacraments. A certain state is reached that is beyond normal time, in which the "Eternal Now" is experienced in one moment of revelation.
The German mystic of the Middle Ages, Meister Ekkehart: "I heard without any sound, saw without light, smelt without movement, tasted what was not, sensed what did not exist".
The Oriental mystic and singer, Ibn al-Farid: "My eye spoke while my tongue watched, my hand listened and my ears were like hands".

The Lauda:
Just as in Spain, the religious poetry of Italy bears similarities with Oriental models. To the category of traditional and folkloric spiritual music belong also the Spanish Cantiga and the Italian lauda. The lay brotherhoods (laudesi) in medieval Italy, which arose from the guilds of artisans, sang laude at their prayer gatherings. The monophonic lauda of the 13th and 14th centuries, modelled after Gregorian sequences (Sancto Lorenzo) or profane dance songs, also depends on the rhythmic prose of the Cantico delle Creature (Song to the Sun) of Francis of Assisi. St. Francis visited the Middle East as a missionary, the Cantico reflecting impressions gained on his travels.
The lauda is characterised by simple diatonic melodies with stepwise progressions, and dance rhythm (O divina virgo).
Performer and audience became separate in the course of the 14th and early 15th centuries; the laude were no longer sung by the brotherhood members themselves, but during devotions by professional musicians, who often set new spiritual texts to what were otherwise popular profane melodies (Ecco la primavera / Preghiam Jesu).

Music of the Sufi brotherhoods (Ílâhî hymns):
Sufism has its roots in the congregations of Moslem believers in the 8th century, who recited surahs from the Koran and other religious texts. Sufism owes its popularity, in a similar way to the lay theology of the laudesi, to the direct and personal expression of the religious feelings. Believers formed brotherhoods, under the guidance of a sheik, from the 13th century onwards. In 1207, Mevland Celâleddin el Rûmi, who formulated the central principles of Sufism, was born in Balkh. His son, Sultan Veled, founded the mevlevi order. The are marked parallels between the Italian laudesi brotherhoods and the Islamic Sufi orders in the form of expressing their religious believings, their development and in the structure of their musical repertoire.
The ilâhi, the central component of the repertoire of many Sufi brotherhoods, but also widespread beyond that sphere in popular culture, too, is characterised by catchy melodies, strophic from and dance rhythm, just like the lauda.
The musical roots of the ilâhi are to be found in the traditional recitations from the Koran. A school of Koran recitation developed from the 8th century onwards which distanced itself increasingly from the sanctioned syllabic recitation style and which developed its own artistically -and technically refined style: quir'a bi-l-alhan, or recitation with profane melodies. The Koran readers of Caliph Harun al-Rashid (786-809), according to contemporary accounts, made the Koran sound like a classical art song. This recitation style spread rapidly to Islamic Spain and to Sicily, even though it was rejected by orthodox believers (as was the recitation of spiritual texts in the form of love songs, popular songs or dance songs in the form of lauda and sequentia).
The instrumental accompaniment of ilâhis during prayers and processions has been documented, just as the lauda, from earliest times. When pilgrims to Mecca (haji) departed again, they were sent off to the sound of ilâhis, performed in processions to orchestral accompaniment. During the Islamic month of fasting, ramadan, there are many ilâhis, instrumentally accompanied, which are assigned to particular days of the month. The ilâhi conveys, similarly to the lauda, central fundamental tenets of belief expressed clearly and simply. In the last verse, the poet of the verse often denounces himself before God as a sinner. This is reminiscent of the penitential character of many laude, particularly those associated with the penitent and castigating disciplinati brotherhoods.