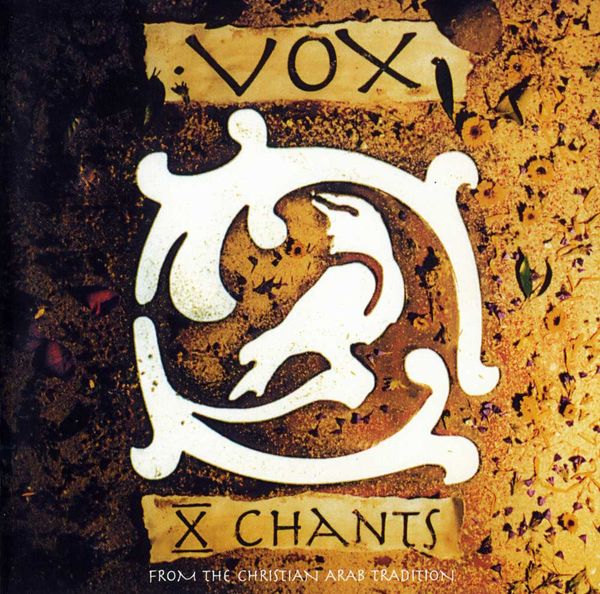 "Drawing from early Christian women's chants of the Middle East, VOX centers on the regal tones of El-Hage, this time interpreting ancient feminist tracts from the 4th and 5th centuries, before women were banned from liturgical singing. … Religions and traditions blur in this fascinating 10-track collection, fusing some familiar religious dogmas with those of early Maronitic and Melkitic faiths of the ancient Middle Eastern churches …  it is El-Hage's intense and spiritual voice that draws the listener like a moth to a sanctified flame." Derek Rath / amazon.com

"Bulgarian-born, Munich-based Vladimir Ivanoff is a composer employing electronic instruments to create a mostly neutral or subtly enhancing background to the sounds of antique tradition. On"X Chants / Divine Rites", Ivanoff turns to 11th and 12th century Christian chants from the Middle East. The focus is on the seeds of medieval Christian women's chants. Liturgical words dating back to the 4th and 5th century A.D. were adapted to fit the growing needs of a rising church. Fadia El-Hage, a classically trained Arabic vocalist, is an immensely gifted and expressive contralto. Her deep, powerful voice is also imbued with a transcendent spirituality when intoning these potent works. Sampling, synthesizers, and electric guitars are the instrumentation employed here on a recording of ancient beauty", Tom Schulte, AllMusic

VOX's new project goes beyond any of the group's previous experiments. It is a synthesis of the central ideas and musical elements of the preceding projects: 'Diadema' - a transformation of Hildegard von Bingen's songs into the present, and 'From Spain to Spain' - a musical journey through the tradition of the Arabic-Spanish musical culture.
The starting point of the new journey is the musical and spiritual origins of early Christianity. Chants from the early Christian Middle Eastern tradition come face to face with a surreal landscape of sound. Thus a dialogue has been created with the intention to comment on the changes which the many ideas, stated beliefs and hopes expressed in the songs had to undergo in the course of history.
Early Christian Women's Chants in the Middle Eastern Churches
The liturgical music of many early Christian churches of the Near East can be traced back to the Patriarch of Antiochia and its rites. In the same way the Maronitic church, a Christian denomination which emerged at the time of the first crusades in Syria and in today's Lebanon, was shaped by its Middle Eastern surroundings. Till today, in spite of many changes and reforms in the details, the Maronitic as well as the Melchitic and Syrian-catholic rites have handed down and kept alive chants dating back to the first centuries of Christianity. The early Christian-Syrian heretics (i.e. Bardaisan and Paul of Smosota) cultivated women's choirs and women's solo chants (although the apostle Paul had already forbidden women to sing church chants). However, this powerful and even today alive tradition provoked a ban (if only officially) in the late 4th century which forbade women's chants in the liturgy.
I
The number of God's Unity (1. Corinthians 12,4-6):
Kyrie Eleyson 2:17

II
Kreuzigung / Crucifixion    5:45
based on 'Aljawma' (14. antiphon of the officium on Good Friday)

V
Verkündigung / Annunciation     7:47
based on: ‘Inna-l-Malak / Istaniri’
(Maronitic / Melchitic Chant; Ode 9 of the Kanon from the officium on Easter Sunday, 1. Echos: Hymn from the Great Kanon of St. John of Damascus)

VI
Maria     4:45
based on: ‘Innâ-l-bârâyâ’
(Maronitic/ Melchitic Chants; Hymn for the Virgin Mary, on the feast of the circumcision of the Lord, from the liturgy of St. Basil, in the 2. and 6. Echos)

VII
The number of God's Creative Power (1. Moses 1)
Heilig / Holy     6:01
based on the trope 'Antoumoul-ladhin' of the Trisaghion ("Thrice Holy") in the liturgy on Easter Sunday